The Lone Star State has no shortage of places with interesting names. Perhaps one of the most curious is Woman Hollering Creek. This creek with the odd name runs under Interstate 10 between San Antonio and Sequin near Exit 591. 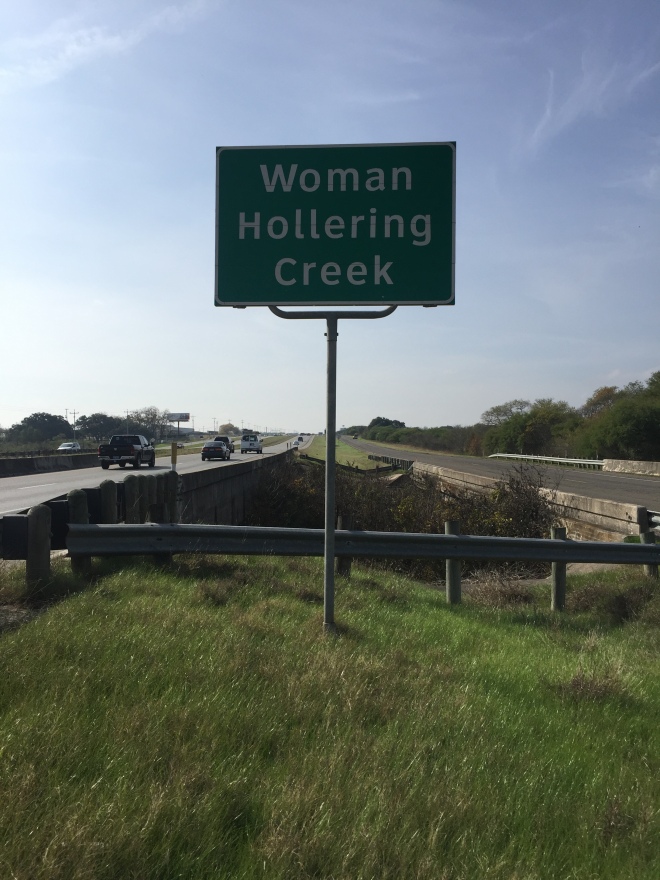 There are a number of tales about how the creek got its name but none of them are definitive. Nevertheless, each of these tales share a chilling common denominator — a hollering or crying woman. The various stories about this distressed woman have endured for generations.

Writer Sandra Cisneros offers one explanation in her book “Woman Hollering Creek and Other Stories.” Cisneros links the name of the creek to the legend of La Llorona. The term “llorona” (yo ro na) is the Spanish word for a weeping or wailing woman.

The woman in Cisneros’ story allegedly drowned her own children in a creek. According to this legend, this woman is often heard weeping at night for the children she lost. La Llorona evolved into a Hispanic version of the boogeyman. Hispanic mothers have long told their kids to stay clear of rivers and streams at night or La Llorona might get them.

Other explanations for the name of the creek are a variation on this theme. One story suggests that a distraught mother drowned her children after her husband was brutally killed by Indians. Fearing her children might suffer a similar fate, she drowned them instead. Some believe that her spirit wanders along the creek, sobbing and crying for her lost children.

While the various stories about how the creek got its name are interesting, the real story is forever lost. We’ll never know for sure why this particular creek was named Woman Hollering. We can only speculate and err on the side of heeding the advice of those Hispanic moms who warned their kids to steer clear of La Llorona’s riparian domain.

When I visited the creek, in broad daylight, I parked along the road and then walked down to the water. I bushwhacked my way a short distance along the banks of the creek. Perhaps it’s because of the name of the murky-water creek or because of my overactive imagination, but I found the place to be kind of creepy. The dark water only added to the discomforting feeling.

While I didn’t hear any distant wailing, I do understand how the name of a place can mess with your mind. That’s why I prefer Texas creeks with less creepy names — like Catfish, Big Pine, Beaver, Mulberry, or Sweetwater. So, as for me, you won’t find me anywhere near Woman Hollering Creek at night or any other time. I have no desire to meet La Llorona!