Note: This is my first installment in my new Outdoor Gear blog category. Having and using the right gear is an essential part of enjoying adventures in the Lone Star State.

I absolutely love to camp out. From my days as a Boy Scout to today, I love everything about camping — including the preparation. Preparing to camp or the anticipation of heading out on an outdoor adventure is a big part of the fun. I am one of those guys who enjoys walking slowly down the camping aisles at local sports and outdoors stores. I just like looking at camping stuff and, occasionally, adding an additional piece of gear to my collection. 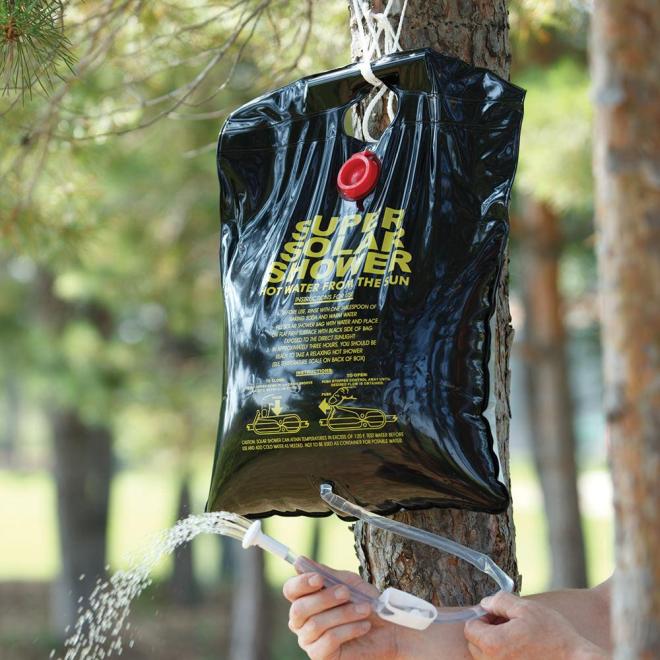 When it comes to camp hygiene, I have tried everything from baby wipes to solar showers to compact backpacking showers. While camping in the bush in Tanzania and later venturing down one of the trans-Himalayan rivers in South Asia, I relied on my solar shower. I just set it out at the start of the day, let it heat up, and then enjoyed a refreshing rinse at the end of the day. 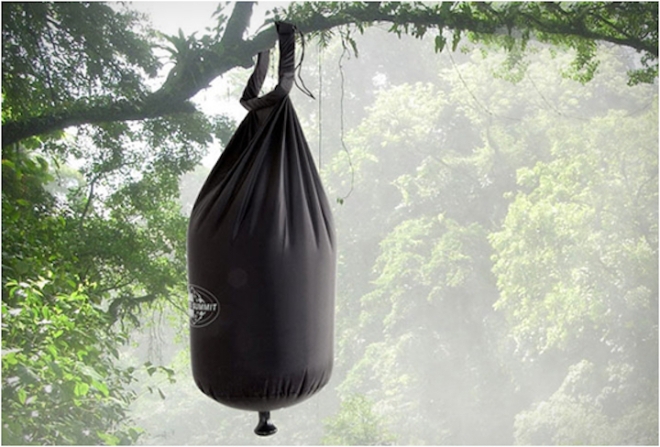 I added a compact pocket shower when I ventured to the Democratic Republic of the Congo and camped for a week on the shores of Lake Tanganyika. It was the perfect piece of gear for washing my hair in the mornings and taking a quick rinse at the end of the day. Like my larger solar shower, this compact version worked really well.

Of course, the only drawback to both of these pieces of gear is that you need something from which to hang the shower. Add a couple of gallons of water and now you have to find something that can hold sixteen-plus pounds of water weight. That can be hard to do at times. On my recent camping trip to the Guadalupe Mountains, finding a place to hang my camp shower at my base camp proved to be a challenge. The answer: turn a multi-purpose garden sprayer into a shower unit. The only thing to keep in mind here is to start with a new unit rather than one that has been used to spray garden chemicals. I opted to buy a RoundUp brand 2-gallon garden sprayer unit. Because the sprayer hose was not very long, I also purchased a generic kitchen spray hose (the kind that fits onto a kitchen sink spray nozzle) to lengthen the hose. The only other items I needed were two couplings. 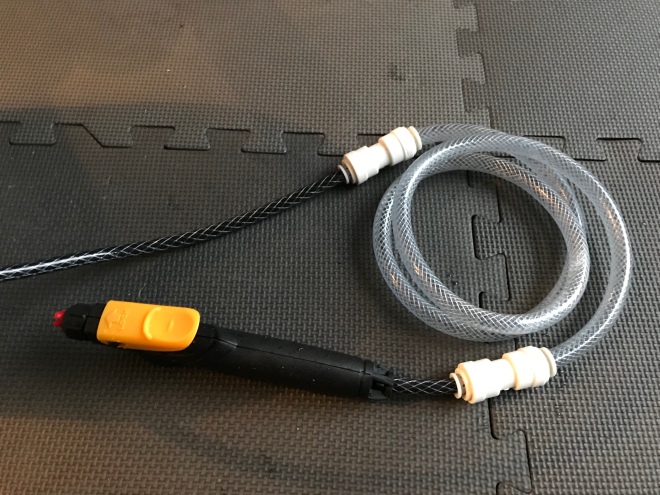 Within a matter of minutes, some quick splicing and coupling of the hoses, I had my shower unit. I chose to use the fan-spray nozzle that came with the sprayer. This nozzle produces a heavy mist spray that also saves water. A few pumps to build up pressure in the sprayer and my shower was fully operational. Of course, I did test it in my shower stall at home. Worked as good as I had hoped. 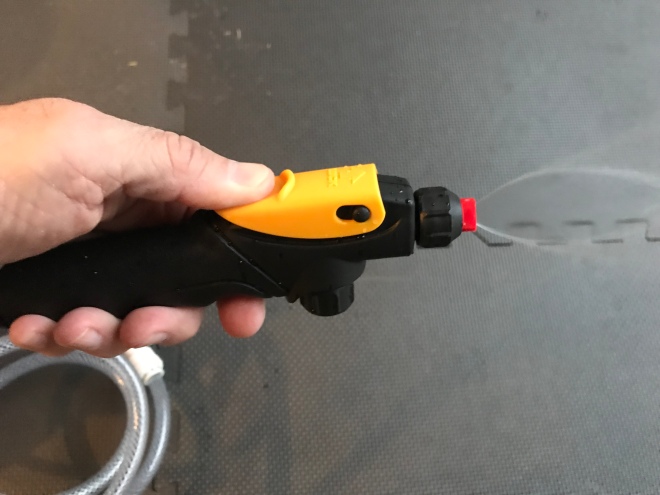 My new camping shower will now be a part of my car camping gear, along with my pop-up privacy shower tent. No more worries about hanging stuff from a tree branch. I will now be able to enjoy a refreshing shower wherever I car camp. The only other thing I will do is to paint the unit black to absorb more heat in the day time, leaving a clear strip on one side to monitor my water level. 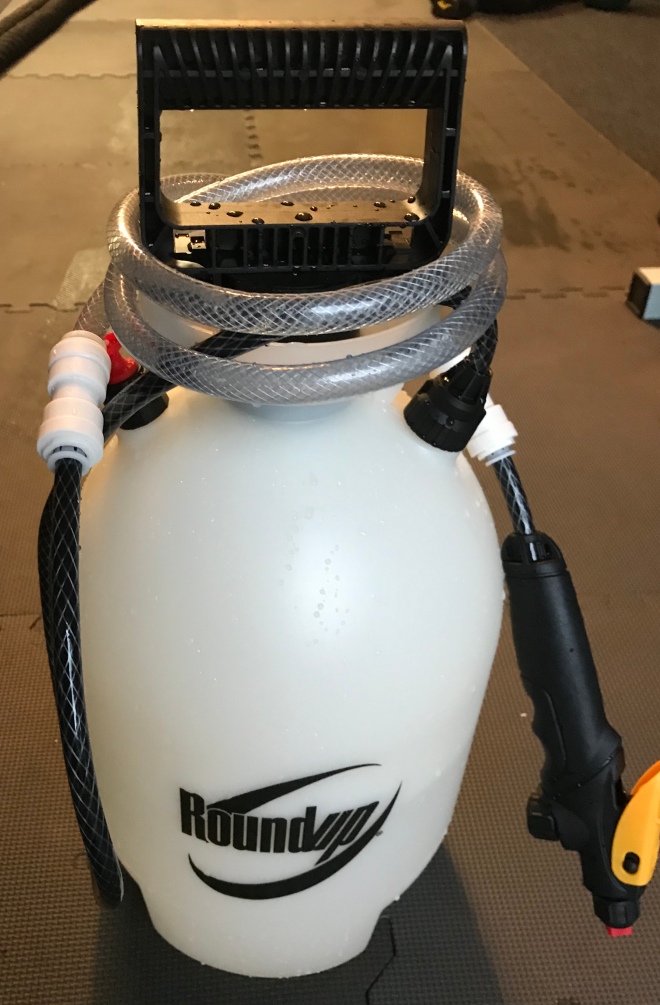 Here is my all-in cost for my camping shower hack (figures rounded up):

6 thoughts on “My Camp Shower”