I did not grow up hunting, although I come from a family of hunters. Never really had much of an interest. But all of that changed a couple of years ago after I bought a shotgun for our off-grid cabin. Just wanted to have some kind of protection against snakes or pesky varmints but certainly not because I wanted to become a hunter. 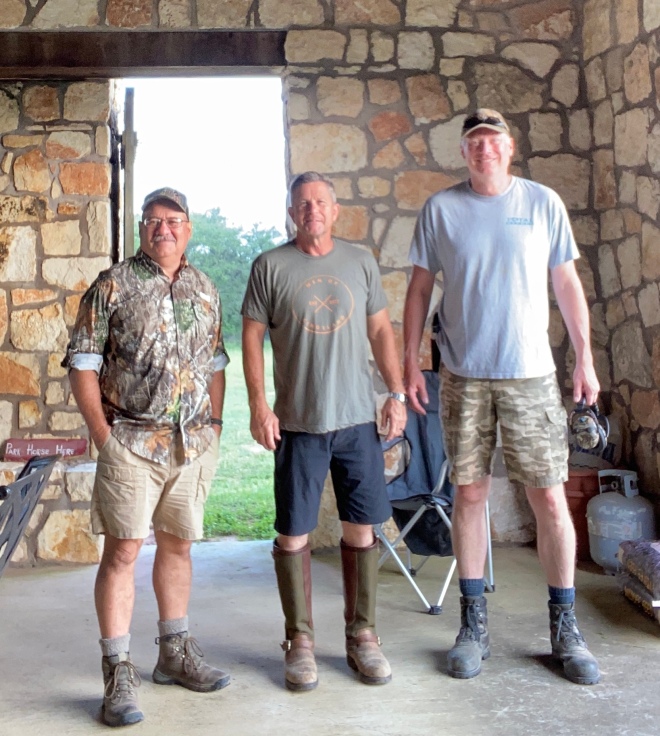 My friend Gil Harris is an avid hunter and outdoorsman. We both enjoy outdoor adventures and have traveled together internationally. When Gil found out I had purchased a shotgun, he and our friend Dennis Turnipseed invited me to join them on a turkey hunt at The Five Seeds Ranch — Dennis’ place hear Hallettsville.

I did not shoot a turkey but I did shoot my first feral hog with a rifle that Dennis had loaned me. I was hooked. Feral hogs are a nuisance to ranchers who are always more than happy to decrease the hog population. I was happy to do my part.

Gil was determined to get me on other hunting adventures and took steps to remove any excuses. He bought me a Mauser M18 .243 caliber rifle complete with a scope. That’s the same rifle I had used to shoot my first hog. “No more excuses now,” he said, “when I invite you to go hunting.”

After shooting more feral hogs, Gil and Dennis urged me to think about deer hunting. My nephew Ryan Rogers learned about my new interest in hunting and said he wanted to guide me on my first deer hunt at Casa Monte Lodge — an outfitting service that Ryan’s dad founded outside of Carrizo Springs. Ryan’s dad Robert Rogers has written several books on whitetail deer and hunting in Texas.

Earlier this week, Gil and I drove out to Casa Monte for my first deer hunt. After we arrived at Casa Monte, things unfolded quicker than I expected. By late afternoon, Ryan and I were seated in a blind, surveying corned cenderos, and waiting for the deer to show up. The deer did not disappoint. They showed up in big numbers.

We patiently watched until a mature eight-point buck arrived on the scene. Ryan patiently coached me, much in the same way that Gil does when we hog hunt. I breathed slowly, watched the activity through my scope, waited for the right moment — and then squeezed the trigger. 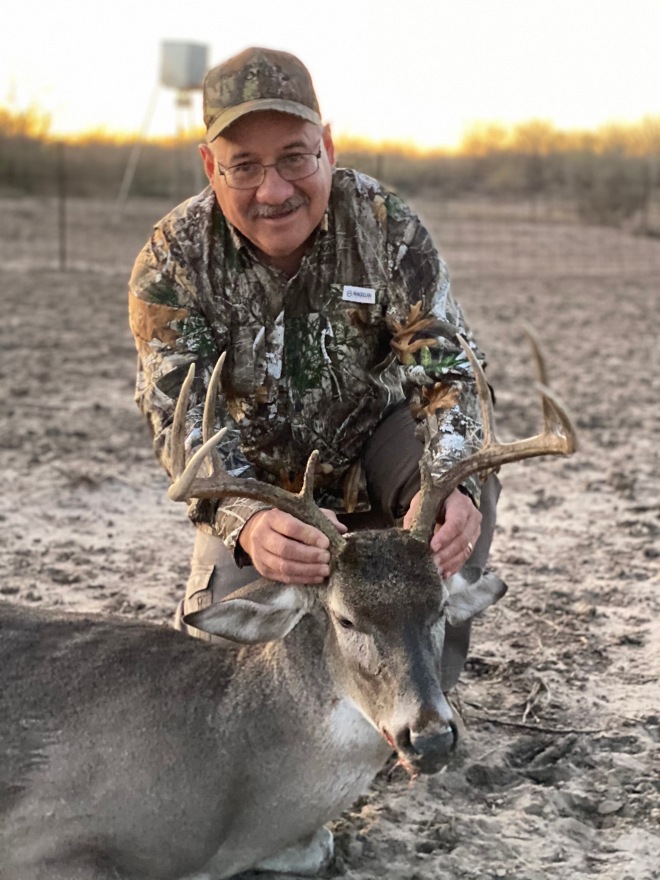 One shot right behind the left shoulder. The deer jumped, ran about fifty yards through the brush, and then collapsed in a dry wash. We waited to make sure the buck was dead and then hurried off to pick up Gil from a nearby blind. Together we walked into the brush and found the buck lying on its side. 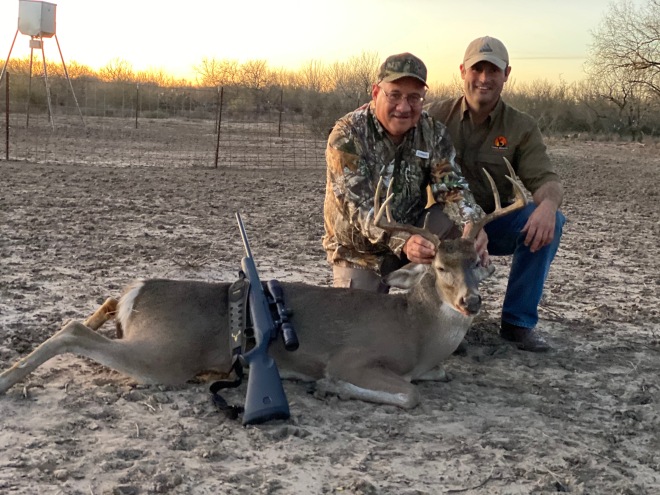 After taking a few pics, Gil and Ryan dragged the deer out to an open area. Ryan initiated me into the deer hunting family by dipping his finger in the deer’s blood and then wiping it across my cheeks and forehead. Official member of the club now! With darkness fast approaching, we tossed the buck into the truck and headed back to Casa Monte. 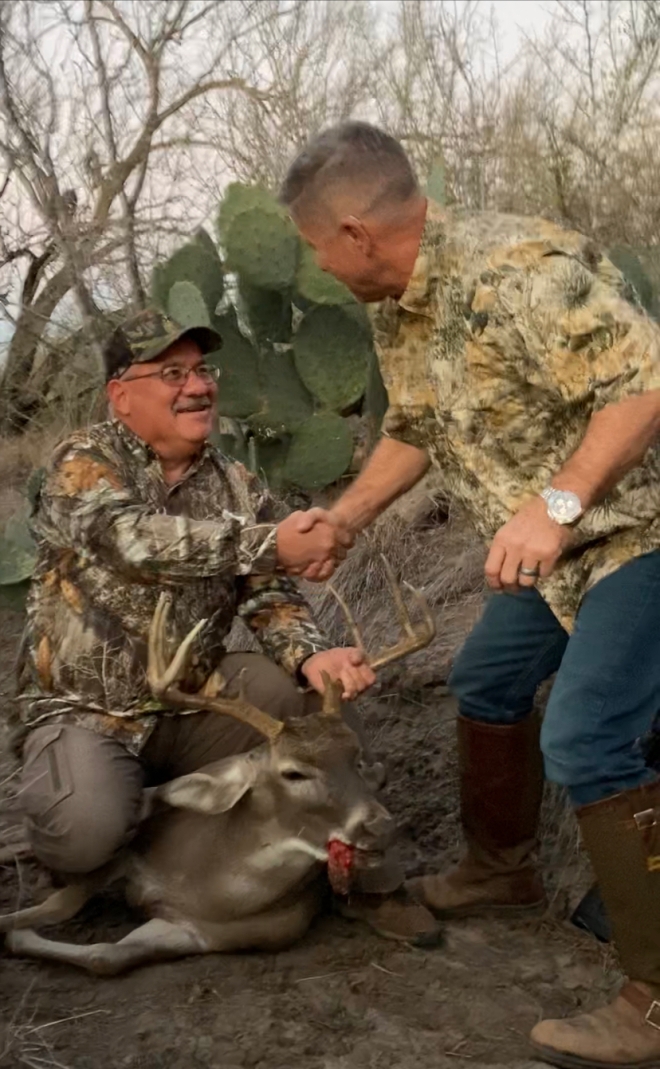 At 64, this was an amazing experience for me. To share this adventure with men who love the outdoors made it even better. Apart from the kill, the fellowship in the blind and around the table at Casa Monte was great. The meals alone at Casa Monte are reason enough to book a hunt. Beyond amazing and totally delicious!

I am grateful to Gil for encouraging me to take up hunting, even at my age. To Dennis for his encouragement and opportunities to hunt at the Five Seeds Ranch. To Robbie and the Casa Monte staff for a great experience at the lodge. And special thanks to my nephew Ryan for making it possible for his old Uncle O to shoot his first deer. Thank you all for blessing me with an amazing adventure.