Avoiding fast-food burgers is high on my list of Texas road-trips do’s and dont’s. I mean, really! Since you are going to eat anyway, why not be a little more adventurous than pulling into a fast-food factory. With a smart phone in hand it has become easier than ever before to find off-the-beaten-path places to enjoy a good meal — especially a burger. 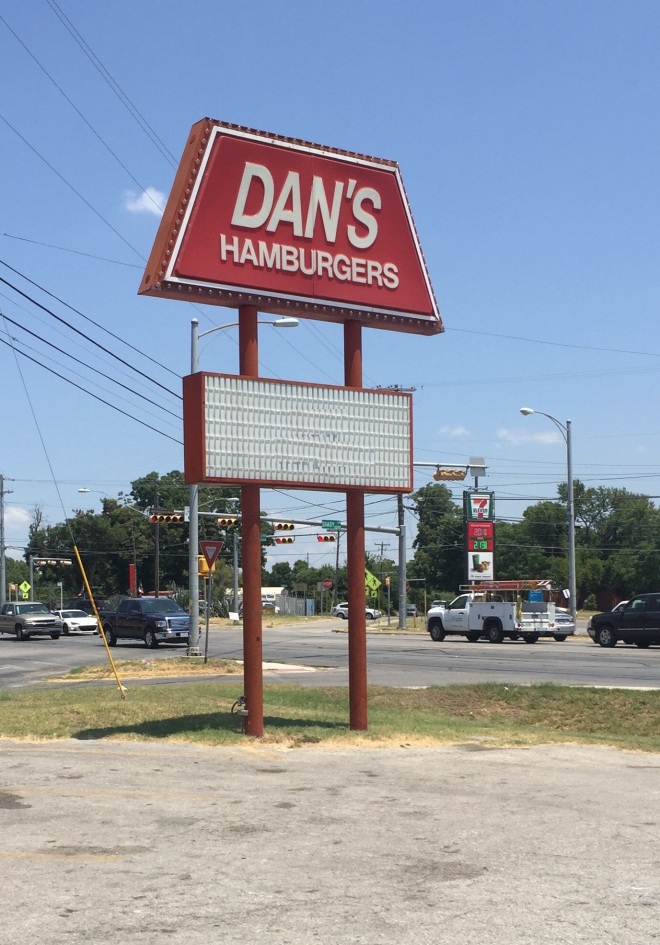 On a recent road trip, my wife and I made it to Austin just in time for lunch. As we approached the capital city, we consulted Yelp for a list of burger joints along our route and decided to stop at Dan’s Hamburgers. The joint had a consistent four-star rating with great reviews. So, we headed to Dan’s to try one of their made-to-order burgers.

Dan’s Hamburgers was founded by Dan Junk and his wife Frances in January 1973, Prior to opening their first restaurant, Dan had honed his burger-making skills while working at another local burger joint. The first Dan’s Hamburger joint had a simple menu: a large or small burger plus fries. Dan later purchased a recipe for hand-breaded onion rings for fifty bucks — a really wise choice.

The location we visited was pretty busy. Lots of folks in the restaurant and lots of folks waiting for take-out orders. That was a good sign! I ordered a cheeseburger with a side of their hand-breaded onion rings along with a tall glass of iced tea. And then I waited anxiously for my burger. 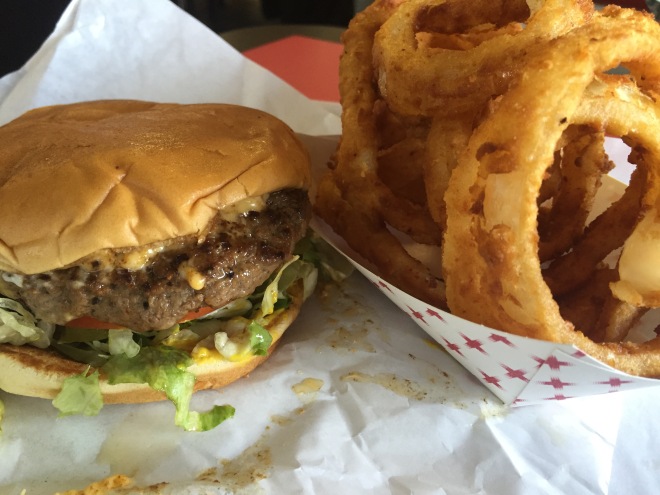 The burger looked and smelled great. As always, I cut it in two to look at how it was put together but also to make it easier to eat. The meat was moist and cooked to perfection. Dan’s uses only certified Angus chuck. The folks in the kitchen also prepare their lettuce, tomatoes, and onions in-house. No pre-packaged stuff. 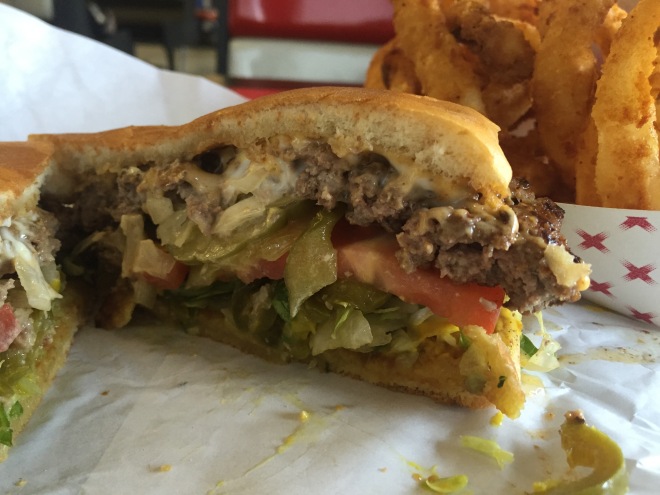 First bite was oh so good. As for the onion rings — a delicious testimony to Dan’s wise purchase of the hand-breaded onion ring recipe for fifty bucks. Way to go, Dan. Everything about this burger worked. Absolutely delicious! While Dan’s menu has grown significantly over the years, they have remained grounded to the thing that put them on Austin’s culinary map — the hamburger.

If you find yourself anywhere near Austin at lunchtime, make it a point to visit one of Dan’s Hamburgers locations. You won’t spend much more than you would have spent at a fast-food joint and you’ll definitely get a lot more value for your buck.

2 thoughts on “Dan’s Hamburgers in Austin”